I have been searching for a year and I still haven’t found him. Why is this taking so long? I think I will just have another look through the pictures of available choices. No, not that one, he’s too old. Not that one, his face is too skinny. Sigh, will I ever find him? Maybe I’m just too picky.

Wait! There he is! Look at that face! I giggle at those freckles on his belly, so cute! Oh, but he’s in Texas and that’s a long way from Michigan. How will I get him? I take a screenshot and text it to my husband.

To my surprise he responds “Do you want him? We can call my Dad in Texas and see if it’s an option for them to pick him up on their way back to Michigan. Maybe you could even fly to Texas and meet my parents at their RV Park, then pick him up and road trip home in the RV.”

Oh! So tempting but that’s a lot to ask of them. My husband makes the call to his parents because I am too shy and a little afraid they will say no. Boy was I wrong! They seemed really excited and happy to help and were definitely up for it. Next call is to the breeder who says he is still available and will hold him until I can get there. I found flights that would put me down there on Monday and then I would drive 9 hours north with my In-laws to reach him on Tuesday. It’s Friday now so it would be a five day wait until I could meet him and hold him in my arms for the first time. Is this really happening? Everything is falling into place too easily. It is “meant to be”…right?

I’m going on an adventure! My quest for puppy love is finally taking shape.

The night before my flight I am awoken at midnight by the sound of a text. Ugh, I’m not even going to look at it. Who is texting me at this hour of the night??? I have to get up at 3 a.m. for my flight.  I can’t stand it, I have to look at it.

Waiting to board my first flight

“Your 6 a.m. flight has been cancelled. We are doing everything we can to reschedule you.” Are you kidding me!?! Why? No!!! Well, now I am fully awake and worrying. Will this ruin all the plans we had in place? We have a schedule all planned out. Five minutes later, another text message. My new flight is at 2:30 p.m. and I will arrive at my destination by 8:30 p.m. That is a full 8 1/2 hours later than the original flight. This is a huge setback but I will contact my In-laws in the morning when they awake and see if we can re-work our schedule. This is enough worry to keep me awake the rest of the night and it does. True to form, my In-laws easily roll with the changes and make a new schedule. We will just push a little harder down the road and try to make up for the lost time.

I had a layover in Dallas, Texas where I was able to fill my belly with a juicy fried chicken sandwich and wash it down with a little Jack and Coke. Finally it’s time for my next flight. After boarding the plane, finding my seat, and waiting for the boarding to finish we hear an announcement.

“The captain didn’t show up for work. We have called in a replacement but he is stuck in traffic. The flight will be delayed but we’ll get in the air as soon as possible.” One hour goes by and we are still, very much, sitting in one place on the airport tarmac. Its times like this I am very grateful for the patience instilled in me. Then, another announcement “The captain is almost here. We should be leaving shortly. We are thankful this captain was able to fill in. We would have had to cancel this flight if he couldn’t make it.” Whew! That was another close miss.

Sunset and strange cloud formation at 30,000 feet in the air

A short flight later I am on the ground at McAllen Airport. After eight hours of flights and layovers, familiar faces greet me and I am thankfully no longer a lone sojourner on this quest.

Norm and Sharon, my In-laws, my gracious hosts and fellow sojourners

We spent the night at the RV Park where my In-laws spent the winter then hit the road the next morning. We have a 9 hour/542 mile drive to conquer today. My Father-in-law handles it like a pro even on the windblown Texas roads.

Bugatti, he’s all mine!

Right at sunset we pull up to the house where the breeder lives and make our way around back to meet them. I’m so excited! This is it; I get to finally meet this little guy! After short greetings the man retrieves my puppy from the fenced yard behind him, lifts the puppy up and then holds him out towards me. I reach to take the puppy, placing my hands under his arms and pull him in tight for a full body hug. His little tail is wagging so hard and he snuggles into me for the longest time. Best puppy hug ever!!! I love him instantly and I am certain he loves me too.

Meet Bugatti. He is an 11 week old Basset Hound at the time of this post, and weighs 16 lbs.

This is where we spent most of our time during the road trip.

The breeders were very gracious and allowed us to park the RV on their property for the night since it was already late evening. The next day we would begin our long road trip of 1,760 more miles to get home. We traveled 3 more days which gave me lots of bonding time. At first, when the RV started moving Bugatti panicked and started to cry and whine. But after just a few minutes he settled right down and fell asleep. From then on he did so well, sleeping almost the whole time we were moving down the road. He would wake up for pit stops and food, then nap while on the road again.

Bugatti and Nala getting acquainted

This is his traveling buddy, Nala. She wasn’t impressed with him at first but she warmed up and played with him eventually.

My In-laws RV at the campground in Champagne, IL

We camped in Malvern, Arkansas the first night and Champagne, Illinois the second night. The evening of the third day we made it home and introduced Bugatti to his new forever home and family. His new Papa adores him as much as I do. Our other large dog and large cat were not very impressed! But, I think he will grow on them with time.

I have finally found what I was searching for. I couldn’t help but fall in love with him. He’s pretty irresistible, just look at those ears and belly freckles! My Quest is complete.

Upside-down dog sleeping…(The Fox and the Hound – Bugatti placed the fox in the pet bed then fell asleep next to it.) 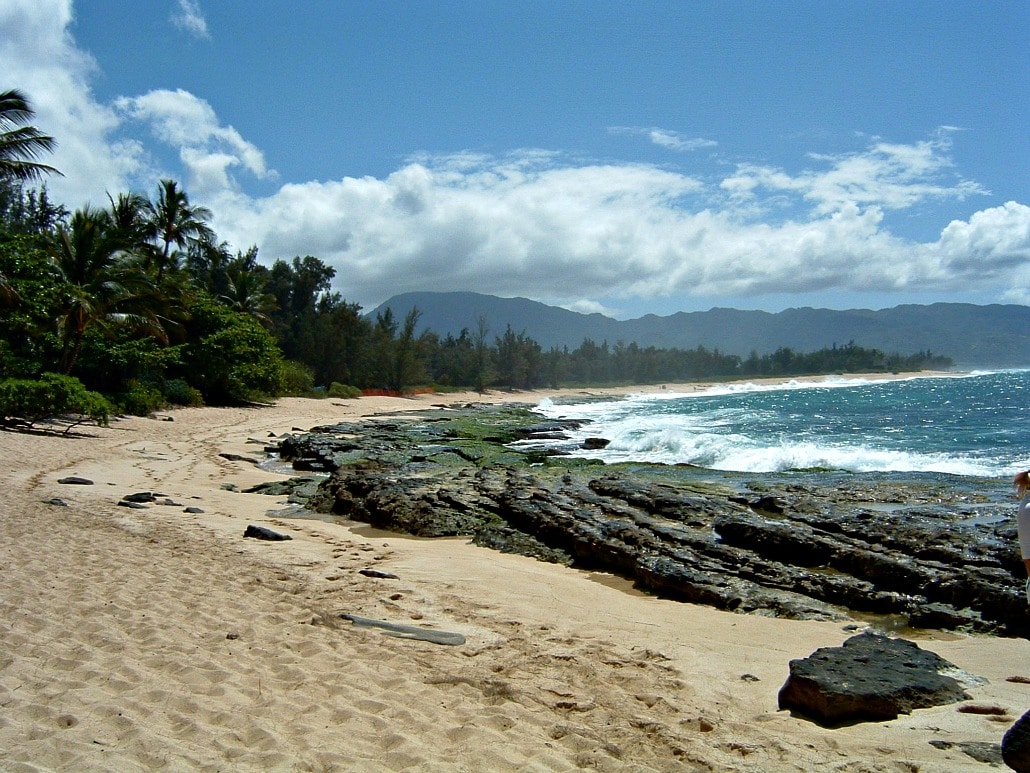 Previous
The Making of a Hawaii Addict - Oahu, 2007

Next
DIY Custom Bird feeder Modeled After Our House 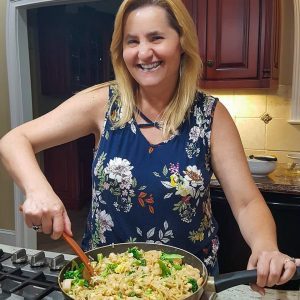 Hi and welcome to my blog. I’m Zona and I’m a simple home cook. I love creating and downsizing recipes for two. Click my pic to read more...